Rapping Through History: With Trip to DC, Providence musicians use hip hop to explain how government works 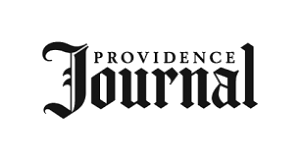 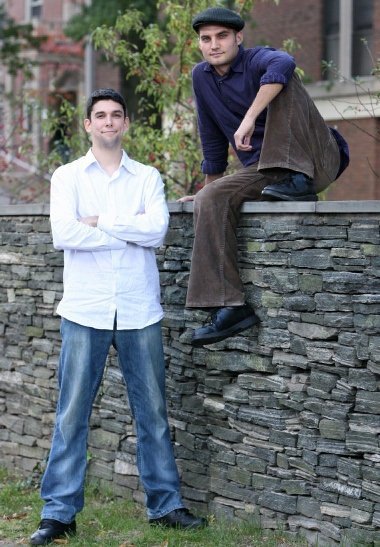 PROVIDENCE ---- Either Sen. Barack Obama or Sen. John McCain will be the next president. But how many of the other presidents can you name? What did each of them do?

Well even most adults would have a hard time coming up with the complete list. But a couple of guys from Providence have come up with a song to help kids keep it straight -- and a whole CD of music about the way our nation's government works.

Trip to DC is the first disc from Smart Songs, a company run by rappers Shoeless Jeff and Scott For (born Jeff Dujardin and Scott Free), who are both 23 and recently graduated from Providence College.

They started Smart Songs a little more than a year ago, when they recorded a couple of songs at a studio in Brooklyn run by Jeff's cousin, Drew.

They already knew they wanted to make hip hop records for kids. when Scott and Jeff were students at Providence college, they were the front men and rappers in a band called Capitol hill. They didn't make music for kids but "we were always very positive," Jeff says. "Clean too," adds Scott.

Jeff's brother is a teacher at a private high school in Boston. Scott and Jeff did some Capitol Hill songs up there one day, and the "students really enjoyed listening to our raps," Scott says. "Kids like hip hop; we do hip hop, so the two came together."

And they noticed that lots of kids learned song lyrics really quickly and easily. "You walk down the street and you see kids reciting lines from popular hip hop songs," Jeff says. "They're spitting it out verbatim. And we thought, why can't they be singing about academic themes?"

"I was in a 7-Eleven one day," Scott adds, "and there was an 8-year-old boy in there. And I couldn't believe the songs, line by line, he was singing -- it was what was on the radio. It was a hip hop song, and the content wasn't appropriate for him. But I was shocked by him knowing all the words."

So they recorded a bunch of songs in Brooklyn, including one about the Planets and another about the state of Florida. But it was the song "Presidents" that attracted the attention of the children's magazine Highlights.
Jeff says he always enjoyed Social Studies in school; Scott majored in American Studies at PC. "We had some good knowledge," Scott says.

The disc is structured as a trip to and through Washington, just like the title says. It includes the two flying to Washington, walking down the streets of DC and riding on the metro --- the Washington subway.

It includes "Presidents" ("Calvin Coolidge wiped away the nation's debt / But then came depression much to Herbert Hoover's fret / Yet Franklin D. Roosevelt, new jobs he created / Harry Truman's usage of the bomb was much debated") as well as songs about the Bill of Rights ("Well, the Constitution took days and nights / But the writers still had to go look at it twice"), Voting Rights ("Women who wanted to vote were called suffragettes/ In 1848 at Seneca Falls they met") and more.

Trip to DC is aimed at kids ages 10 to 12, Scott and Jeff say. While ounger kids can enjoy the rhythms and maybe the choruses, the detail they go into on the workings of government is most appropriate for middle schoolers. "We don't want to dumb things down," Scott says, "because kids can recognize that."
"Kids are challenged," Jeff agrees, "and they welcome this challenge."

It's also a musical decision. "We don't want to sacrifice what we consider good hip hop --- good rhythms and good rhyme schemes," Scott says. "And we want to really capture that and have a good quality song."

Video: The New Schoolhouse Rock - Smart Songs
You may have 99 problems, but with Smart Songs, Learning Won't Be One
Video: Music Teacher Series - Smart Songs